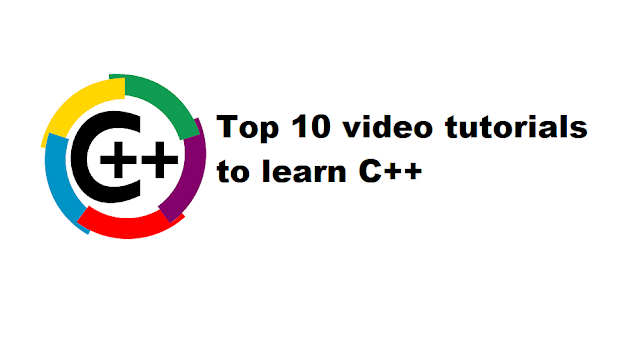 This video course is one stop point for learning C++ from beginner to advanced level. This course is divided into three sections. As a beginner, you will learn about basic of the C++ programming, here the instructors explains about the different parts of Standard Library such as Streams, Locals, and Flow of Control, Functions and Headers, Strings and Collections, Writing Classes, control flow, operators, functions, templates, Pointers, Inheritance, string manipulation capabilities, lambdas, how to work with exception handling, memory management, Understanding Legacy Code. The instructor also introduces to the C++ 11 features in GCC such as Templates, Classes, Initialization, Range-based for nullptr, enums, literals, static_assert, noexcept. Then you will be moved into the intermediate section, here you will about the smart pointers, Smart Classes, Container Essentials, Strings and Regular Expressions, Iterators, the important concept is design patterns Creational, Behavioral, Structural. After the completion these topics, you will be moved on to advanced level of programming in C++ where you exploring the in-depth concepts of C++ such as concurrency, threads, synchronization which is an important concept in C++.  the instructor walks you through Windows thread pool API and how to improve the performance and covers concepts Single Instruction Multiple Data (SIMD),  Open Multi-Processing (OpenMP), Message Passing Interface (MPI), C++ Accelerated Massive Parallelism (C++ AMP) etc,. If you're serious about the C++ then I would recommend this course without a miss. This course is best suitable for all proficiency levels and serves as refresher training.

C++: From Beginner to Expert

Derek Banas is very popular for his way of teaching style and keeping the concepts clear and concise and straight to the point. There are around 90 mins video which help to learn basics of C++ and it help to some extent. This video tutorial is helpful for the intermediate. I won't recommend this video tutorial to the students who are very new programming because pace in this little fast, the beginners may feel difficult to understand the concepts

If you are serious about learning or becoming a professional developer, I would recommend a going through Learn C++ Programming by Making Games video tutorial, because, in the video tutorial, the instructor walks you through how to develop the games using C++ programming. The instructor clearly explains the C++ concepts. It is worth to seek this video tutorial without a miss.

Apart from this video tutorials, if you are still feeling hungry about learning C++ in-depth, it is worth to check out Introduction to C++ and Qt5 Programming for Raspberry Pi and Face Detection -Master Open CV with Digital Image Processing.