✔ admin at Tuesday, February 21, 2017
Tags
education
Technology
Humans have very intelligent brains with which they think and creating wonders. Humans are trying to build a device or a machine that works similar to the human brains and of course better than the human brains what they can do. Yes, this has already proven that an algorithm can beat human brains, the best example, Alpha Go, where a computer program has defeated World Champions in Chinese Chess game called "Go"

In the real world, it is very difficult to write the hundreds of lines code by predicting each scenario through regular programming, even though if you write hundreds of lines of code with specific instructions what if a machine(algorithm) came across a new scenario. Hence, there is a need to build the algorithms that can help machines to learn by itself. 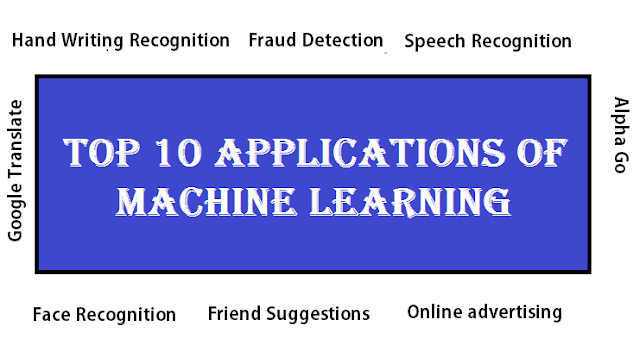 For our easy understanding, let's take an example of how digits are recognized How the machine will recognize the handing writing work?

See the below screenshot

We have to create the features for digits that then we match up with below numbers. 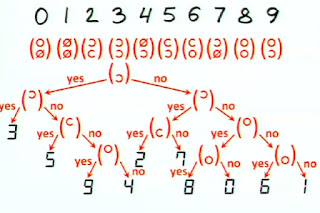 We then assign a unique code for each digit with the help of features. We can use decision tree algorithm for identifying the unique code. In this way, we can use machine learning to identify digits.

As the technology is enhancing every day, at the same frauds are also increasing proportionally with Technology. The traditional methods(human review) of identifying the fraud is very difficult and failed in many instances. On the other hand, Machine Learning has been successful in identifying the fraud detection. Generally, Logistic regression, Decision Tree, Random Forest, Neural Networks approaches are used in the Fraud Detection.

The best example of Face Recognition is Facebook suggests friends tagging. This possible because of the Machine learning where recognizes the patterns of the individual face and encodes them into numbers, when there is an image that matches to the Facebook user, it suggests the name of the users. Facebook also uses the Image recognition to remove adult images from Facebook and also for security reasons, Facebook asks to recognize your friends for authentication of the user when Facebook detects a fraud login

Machine Learning is an integral part of the Ad Technology and it used for click predictions, optimizing the bid value for each impression based on the user behavior and to display the relevant ads to the user. Machine learning is used to create a lookalike audience based on historical data.

Machine Learning is about predicting the users based the existing data and it is used in Ad Tech companies for below:

Google translate uses the Google Neural Machine Learning Technique to translate the sentence instead of translating the each word. At the moment Google Translate supports 100 plus languages. As every machine learning algorithm learns the new languages after inputting the millions of sentences or examples, the quality will also improve in the coming days. 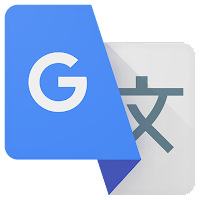 To develop a program for Chinese Go game, it is very difficult to write the code for all the steps in the Chinese Chess because each step has more than 100 possible moves again for every step. When you make next step, there will be hundreds of possible ways to take next step. In this scenario, machine learning had helped a lot to build the computer program that predicts the next move intelligently by itself. The programmers have succeeded in developing a computer program using Machine Learning called Alpha Go and the program has defeated the World Champions in the Chess Game. Initially, Alpha Go was feed more than 13000 games with the objective of not getting defeated. The algorithm was able to learn in the game and was able to defeat World Champions with predictions.

Google Search Engine uses RankBrain algorithm which is based on machine learning artificial intelligence to show the relevant search results to the users. RankBrain is one of the important factors for ranking the web pages. RankBrain also used to suggest a word or phrase depending on the user input in the Google Search. It predicts the words based on the users Geo Location, Language, relevancy.

People make a lot of mistakes such spelling mistakes, grammatically mistakes while writing the emails, articles. It would be better if some tools can help us to assist us in correcting our mistakes. Machine learning help in correcting spelling mistakes, Grammatical mistakes. For English beginners, these tools help in learning the English Grammar. Some of the tools include Grammarly, Language Tool, GrammarCheck, Generally, Grammer Checker uses Natural Language processing and deep learning to check the grammar.

Machine learning is not about just following the human actions, its smart way of doing actions to assist humans in the right way in daily activities. To become an expert in building machine learning algorithm, it recommended having knowledge of R programming or Python programming, Excel knowledge.

Hope you liked the above Top 10 applications of Machine Learning.